FlexQube has taken its first steps into the continent of Africa with a distribution partnership with Lazar Robotic Welding based in Pretoria, South Africa. FlexQube has always had a strong mission in serving the global customer base, and developing distribution partnerships in more locations will be a priority moving forward. Increasing the number of sales channels through both online platforms as well as dealers is something FlexQube will explore further during 2020. Up to this point, FlexQube hadn’t prioritized Africa, but as expansion and growth have continued over the past five years, more markets had begun to open up.

Along with this, the development of the eQart also makes this more accessible as it can be sold as a stand-alone automation solution that doesn’t need added design or consultation hours.

South Africa has had a steadily growing automotive manufacturing sector with large automotive OEMs such as Nissan, Ford, BMW, and Daimler all having manufacturing plants located in the region. Lazar Robotic Welding is located in the center of one of the central manufacturing heartlands and has a secure connection with many of the existing manufacturing facilities. Lazar was seeing the need for flexibility at some of the current customer locations who were experiencing difficulties in moving their materials. It had become obvious that a solution similar to the FlexQube concept was what was needed; this led to an opening in communication between the two parties. 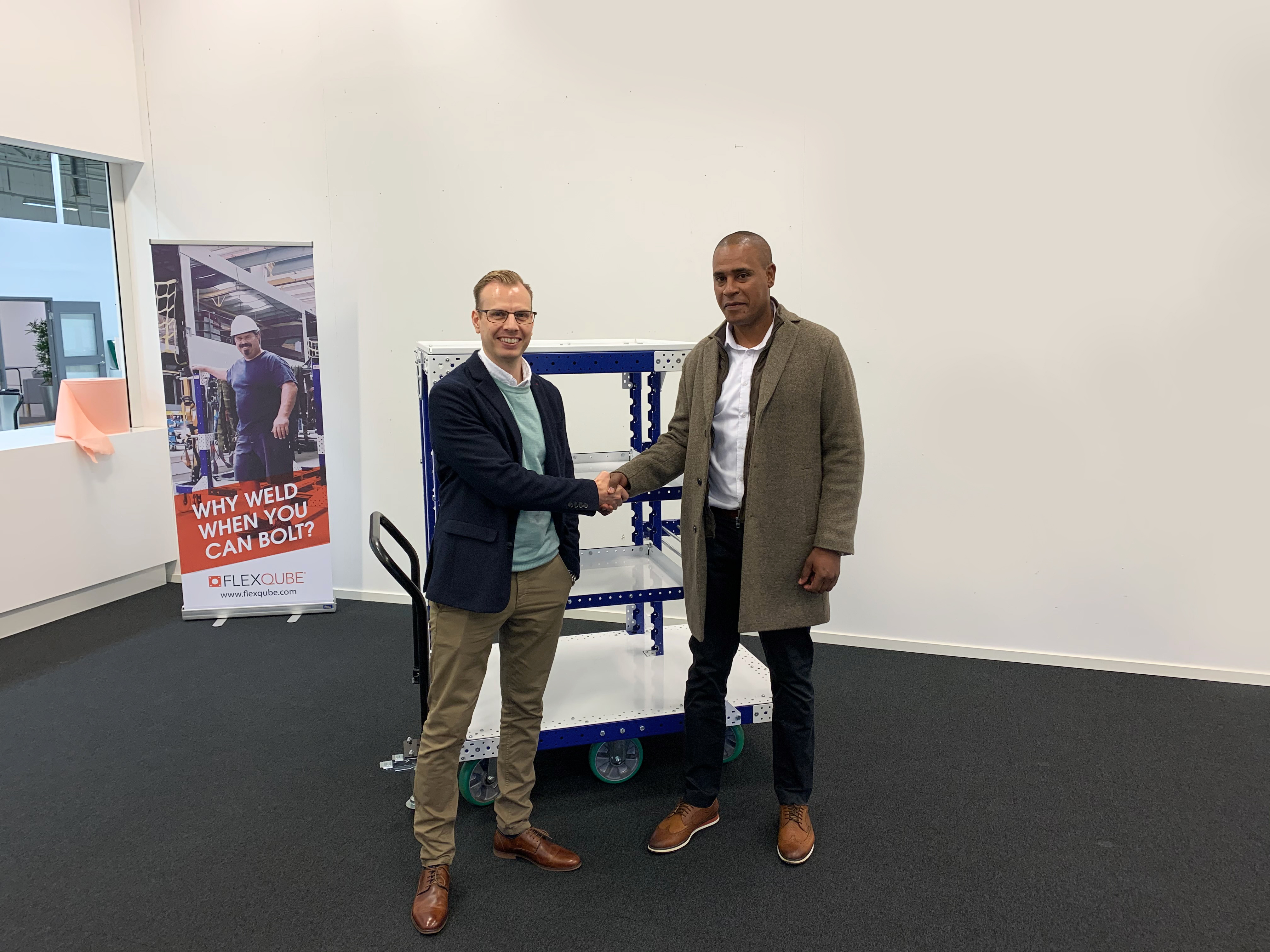 FlexQube CEO Anders Fogelberg comments, “Once we met Ranzel in late 2019 here at the FlexQube Headquarters, it was obvious that South Africa could be a place of growth for us, and we were thrilled that Lazar Robotic Welding was so enthusiastic about being the one to get it started”.

South Africa would become the 30th country that FlexQube has sold products to. We look forward to creating a strong collaboration and expansion of the FlexQube concept within South Africa throughout 2020.